Clear waters, great visibility, wrecks and caves make diving in Malta ideal for anyone from beginners to advanced and tech divers. They even have cultural heritage dive sites! This guide is an overview of Malta’s scuba diving options and sites. Happy bubbles!

Malta is one of the smallest countries in the world by size, but it has a lot to offer, especially underwater. It’s known as a wreck diver’s paradise, but is also a great place to see caves, cliffs and reefs. It has consistently great visibility and an ideal place to learn tech diving.

The dives range from beginner and easily accessible to wrecks only seen by those with wreck and deep-specialty certifications. Picking a dive center in Malta

There are plenty of dive shops in Malta and Gozo, young and old. I went with DiveWise Malta based on their reviews, hearing about them from other travelers in the country, the fact that they’ve been around for 50 years and the convenient location in St. Julian’s.

They run dives in Malta, Comino and Gozo (so I could see more sites from one dive center) and also specialize in tech diving. I was extremely pleased with the staff, equipment, process and safety and highly recommend them for anyone diving in Malta.

Learning to dive in Malta

High visibility, consistent conditions, warmer water and lack of large predators make Malta an ideal place to learn to scuba dive. Plus, the country is known for its English proficiency, so you don’t have to worry about language barriers (if English is your second language, there are also a lot of international instructors, so you can find an option).

Schools are licensed by the Malta Tourism Authority and offer PADI, BSAC and CMAS courses.

Malta is a great destination for tech diving, given the deep wrecks and intricate topographical features and caves. Techwise (Divewise’s tech center) offers IANTD, DSAT, TDI, GUE, RAID and rebreather CCR courses, and are the top tech facility in Malta.

As my guide reminded divers before we went in, Malta is in the Mediterranean Sea, not the ocean. This means the critters are smaller and less varied, but there is still a lot to see. Even better, the wrecks provide a consistent home, so they are a bit easier to find.

You should be on the lookout for moray eels, octopi, squids, lobster, Mediterranean parrot fish, barracuda, lizard fish, bream, groupers, scorpion fish and the occasional triggerfish.

Seahorses are around in the summer. John Dory are spotted in the winter. Orange and red starfish contrast the more consistent sand and seagrass colors. Look in the seagrass for wrasse and fanworms.

Rarer sightings include loggerhead turtles, common and bottlenose dolphins and tuna. A great white shark was caught in 1987, but both before and since, sighting are exceptionally rare. One of the best parts of diving in Malta is the lack of dangerous marine life and large predators (the boats above in the busy harbors are more of a concern). Divers should watch for scorpion fish, bristleworms, sea urchins and stingray. There are a lot of jellyfish in Malta, but rarely dangerous types. Throughout the year, the sea temperature in Malta varies between about 15° and 26°C (60-79°F). The coldest water temp months are January, February and March and the warmest July, September and October.

Air temps range from 12° to 27°C (54-80°F), with the hottest months being July and August, and the coldest January and February.

Wind tends to be the biggest factor impacting diving in Malta, limiting access to sites. Overview of Malta dive sites, by area and type

Malta’s dive sites range from shallow to tech-diving depths, and include reefs, wrecks, caves and heritage sites. Dive sites from all three islands include shore dives and boat dives.

The most popular dive site in Malta is Blue Hole, where you start in a small pool, head through a crevice (conditions permitting) and into the sea (on to caves for more advanced divers). Enjoy the archway and the chimney. HMS Maori is the Valletta Harbor (sunk in 1942) at 16 meters and easily accessible. Um El Faroud is one of the most interesting wrecks in Malta, but requires advanced certifications.

From Ċirkewwa (the northern harbor of the island), there are several options through reefs and plateaus. There is a Madonna statue at 18 meters. P-29 (scuttled in 2007) sits at 31 meters, but can be enjoyed from a bit shallower depths. Rozi (scuttled in 1992) is nearby at 36 meters. The reef also ranges 12 to 20 meters for an easier dive.

The Fairey Swordfish is a biplane forced to ditch into the sea following engine failure in 1934. It sits at 65 meters, for those with the appropriate certs. It is a Heritage Malta site; see below for more details on Malta’s Underwater Cultural Heritage sites. Reqqa Point is a shore dive from Gozo with a near-vertical wall, with small schools, macro life and dorado. Double Arch Reef features two archways towering up from 40 to 18 meters. Three wrecks can be accessed from shore, but all require a deep-specialty. MV Xlendi and MV Cominoland (both sunk in 1999), along with MV Karwella (sunk in 2006) are accessible and open to explore inside.

Għar Lapsi is a shore dive and a shallow underwater cave system, mostly at 15-20 meters.

While there are several sites off of the small island of Comino, still best accessed by boat from Malta. The Blue Lagoon is a shallow, sandy dive and rather sheltered. Know that the Blue Lagoon is one of Malta’s most popular tourist sites, so you’ll want to plan a visit carefully to avoid crowds. Cominotto Reef is off of the even smaller island from Comino, Cominotto. It’s a boat dive randing from 18 to 36 meters. Irqieqa Point has great visibility and cold waters, making it a spot for sardines and bogue, preyed on by amber-jacks, dentex and sometimes tuna. There are 80+ ship and aircraft wrecks in Malta (and there are claims of more than 800 planes lying on the seabed). They are in varied conditions and at different depths, meaning they can be visited multiple times and there is enough for every level.

P-31 is a sunken patrol boat at 18 meters, easy to check out for beginners. HMS Maori sunk in the Valletta Harbor in 1942 and is at 16 meters; the ship itself has suffered in the shallow waters, but is home to ample marine life.

Advanced divers can go to Um El Faroud, a 10,000-ton tanker that sunk in the harbor of Valletta in 1998. It is considered the best wreck dive in the Mediterranean as it’s mostly intact and more than 100 meters long. It is at about 30 meters and the kitchen can be accessed through its stern (for qualified wreck divers).

Note: you must be qualified in wreck diving to enter wrecks. Archaeological and heritage dives in Malta

Malta has plenty of UNESCO World Heritage and Heritage Malta sites on land, but many might not know that there are underwater heritage sites as well! This includes the oldest shipwreck in the Mediterranean (a 2700-year-old Phoenician wreck) and WWII ships.

The Underwater Cultural Heritage Unit (UCHU) is a part of Heritage Malta and they identify, control and manage Malta’s underwater heritage sites.

Only limited operators are permitted to guide these sites (I recommend Divewise). Note: there are some additional archaeological areas where diving is prohibited, so it’s important to plan carefully. 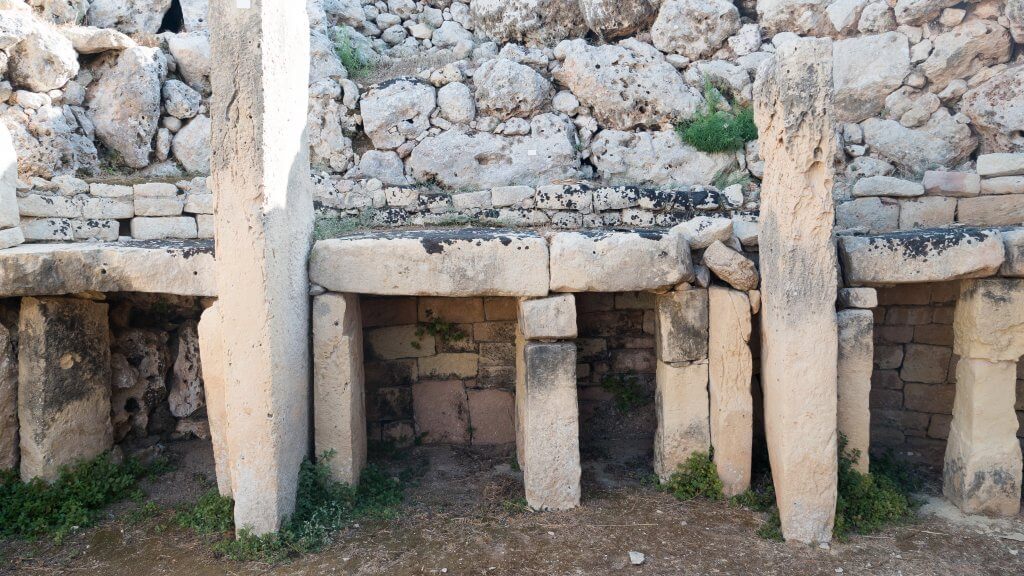 Other things to do in Malta

The Maltese islands are renowned for festivals, from food or wine to music. Checking out the festivals in Malta is a good way to balance your time on land and underwater. Where to stay in Malta

Malta is a small island, but there are plenty of options of where to stay, from hostels to four-star hotels. The bus system is fairly well-connected but does take quite a long time to get around, so it is best to find accommodation nearest the festival you’re headed to.

Pin to share this guide to diving in Malta